Hi, what are you looking for?

The theme of the lavish party was an all-white/all-black. Unlike many of his big lavish parties, this was a small affair,  it was attended by his close friends and family, of the higher class of course. Jerusalema hitmaker Master KG, Buffalo Soulja, Ray Vanny also attended his birthday party 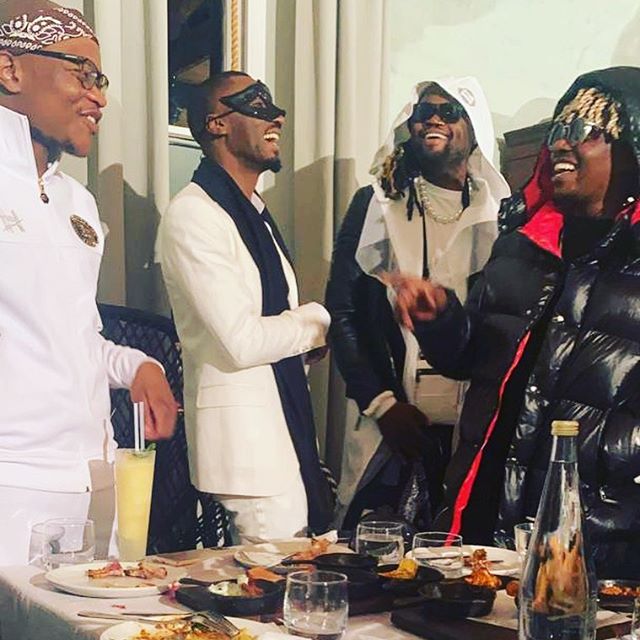 His wife and sons were not there to celebrate his birthday with him. However, to make up for the distance his wife Lily Java penned him a heartfelt message and his firstborn son sent his dad Passion a sweet video message wishing him a happy birthday.

The youthful man of the cloth of the ‘twabam’ fame was all hyped up for his birthday even though it wasn’t as big as that of his frenemy Ginimbi lavish All white party which made headlines for days.

Passion Java is well known for throwing big lavish parties to celebrate his day. Just last year,  he is spent a massive $320 000 to celebrate his 32nd birthday.  In addition to that, the flamboyant “Man of God”, had a month-long birthday celebration across 6 cities on three different continents. The flamboyant prophet also bought a helicopter for himself as a birthday present.

In this article:Featured, Passion Java’s All-White/All-Black Birthday Party In Pics

The Corona virus lockdown has various effects on people. A sex-starved Mabvuku Tafara lady has cried out for help as lockdown bites hard. A...

Video vixen on Jah Prayzah’s Munyaradzi song has passed on. The video vixen passed on alongside Ginimbi’s other two friends. Ginimbi’s PA confirmed the...